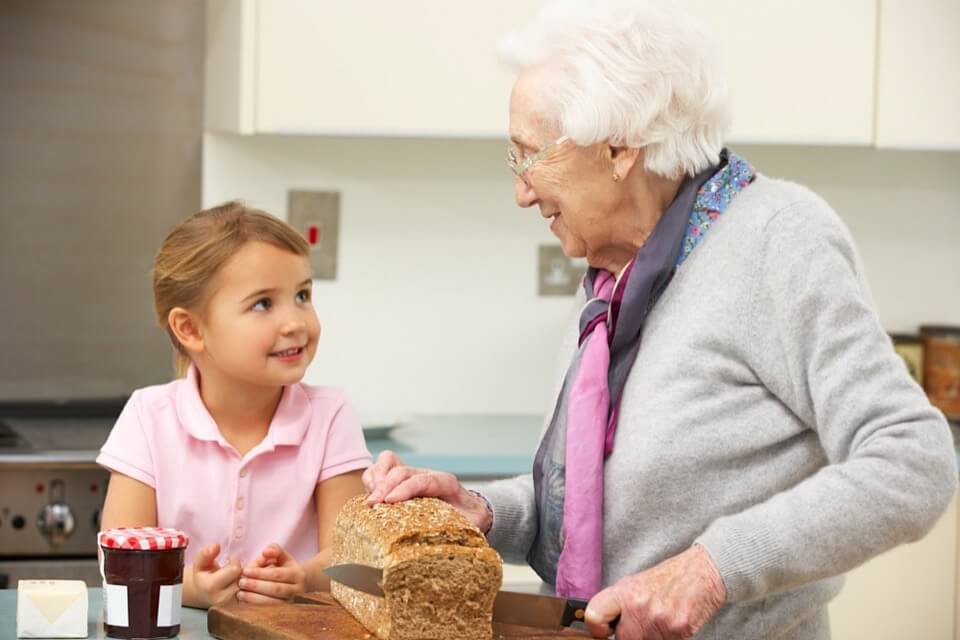 ‍Life plays havoc on the body and life changes like giving birth, taking certain meds, can cause temporary hair loss. And the older a person gets the hair will permanently thin out because of the hormonal shifts that occur after menopause. Grandma would have said to use hair care products that add body and shine.

‍A crepey neck and sometimes referred to as “creepy.” Sagging skin occurs when the body slows down and produces less elastin and collagen -- the proteins that allow the skin to stretch and contract. Now you wear turtle neck sweaters even if it’s hot outside or blouses with lots of ruffles. Grandma would have told you to protect the face with sunscreen, wash it twice daily, exfoliate three times a week, and moisturize.

‍You’ll trade in patronizing the cool downtown bars with hospital visits. As people age, they have more chronic diseases. The average number is three illnesses for people over 65. You’ll give up the wine and beer for poly-medications. Grandma would have told you to stop eating so much fast food and start eating more leafy greens, vegetables, and fruit.

‍4. The knees and joints hurt

‍Studies show that joint and knee problems related to aging such as arthritis often go untreated, and can lead to extensive dysfunction. Once walking becomes painful, the body quickly heads south. You won't exercise, and the usual and casual fun events become an ordeal. Grandpa would have told you to take better care of your joints.

‍After years of wearing ill-fitting shoes, you now suffer from painful bunions, cracked heels, and calluses. Grandma would have reminded you to stop wearing those awful stilettoes and to shop for comfortable shoe brands instead. She’d also suggest moisturizing the cracked heels at bedtime.

The loss of collagen and elasticity reduces skin volume and causes fine lines and wrinkles. Grandma would have reminded you not to do repeated muscle motions such as squinting at the computer screen.

‍7. The body slows down

‍You will slow down and one day notice that you’re a grandpa too. The first sign is arriving late to the bus stop or missing an appointment altogether. People usually plod through life and unaware of any changes until it smacks you in the face when looking into the brightly lit mirror. Grandpa would have told you to slow down and enjoy what you have right now and not to be in a hurry.

‍Younger people assume all older people have some form of dementia. They will talk about you to others as if you aren’t there or that you can’t understand. Cognitive decline is not a symptom or a sign of aging, and not all people have the disease. Grandpa would have told you to be respectful of everyone no matter the age.

‍Save money early on, you’ll be glad you did because 70% of people over 65 will need some form of long-term care. It’s very costly. So, do yourself a favor, plan early for it. Grandpa would have told you to, “Save, save, save.”

10. Have fun and remember to smell the flowers.

Grandma and grandpa would have told you to enjoy life, love as much as you can, and not to worry about growing old; it’s going to happen regardless.