What is Gout and What Causes it? 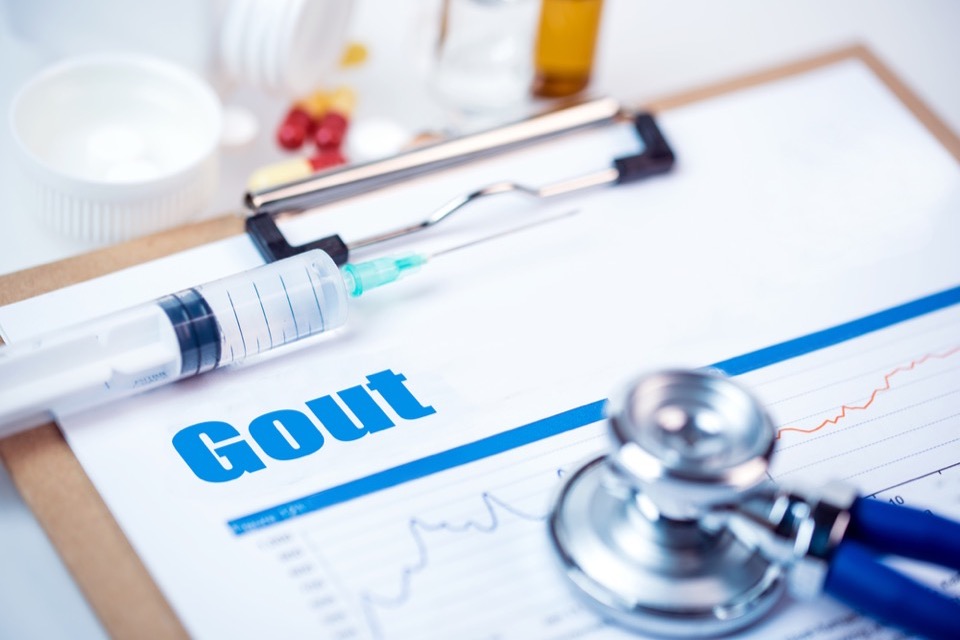 According to the Arthritis Foundation, gout is a form of inflammatory arthritis that develops in some people who have high levels of uric acid in the blood.

OK, so now that we know what it is, how did it get such a weird name? According to historians who study this sort of thing, the term “Gout” is derived from the Latin word gutta, meaning “a drop” (as in a drop of liquid - a reference to the belief that it was caused by a drop-by-drop accumulation of humors in the joints). It is a condition that has existed for centuries.

This is why the condition is typically referred to as gout attacks. Within the time frame of a few hours, the affected joint becomes red, swollen, hot, and painful. An episode of gout can resemble a localized infection of a joint.

To understand what causes gout, we need to first know what uric acid is. According to the U.S. National Library of Medicine, Uric acid is a chemical created when the body breaks down substances called purines.

Purines are chemical compounds that are found naturally in the body and are also in some foods and drinks. Foods with high content of purines include liver, anchovies, sardines, mackerel, scallops, game meats, dried beans and peas, and beer. Why beer? You ask. The purine is in the yeast that is present in beer.

When too much uric acid is in the blood, it can cause crystals to form and these crystals tend to accumulate around a joint.

These are called “urate crystals”, and they are what causes the painful symptoms. Gout attacks generally subside after a few days and may not require any treatment. Some people may not experience another gout attack for years. But there's also a chance that the attacks will come with more frequency and last longer.

Gout occurs most frequently in middle-aged and older men. Obesity, diets high in the above mentioned foods, certain medical conditions and some medications can make one more susceptible to gout attacks. Treatment for gout depends on whether you are having an acute attack or are trying to manage long-term gout.

Acute cases of gout are typically treated with anti-inflammatory medications (as recommended by your doctor), increasing fluid intake (no alcohol or sweet sodas), icing and resting the affected joint and elevating the affected area. These will all help to reduce the inflammation. Long-term or regularly occurring cases require a treatment plan from your doctor.

It’s important to note that once you have an attack of gout, talk to your doctor about ways to control your body’s uric acid levels. Recurring gout attacks can lead to long term complications such as kidney damage and joint destruction.