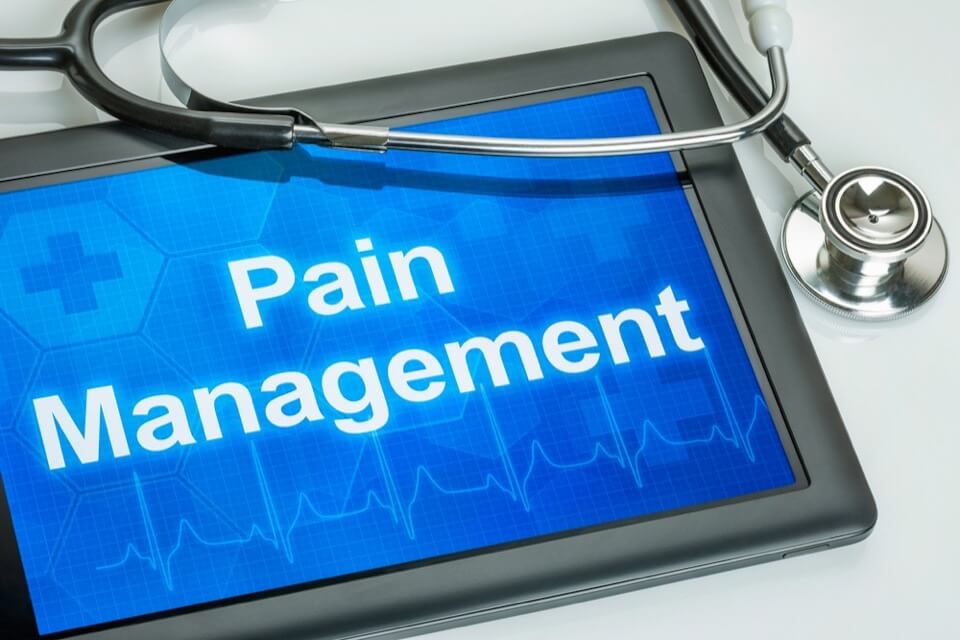 Pain is often referred to as the fifth vital sign, indicating that its assessment and management are critically important in patient care. Yet treatment of pain, especially chronic pain, has proven to be one of the most challenging areas of medicine.

According to Dr. Ira Fox, MD, DABPM, FIPP, ABIPP, the specialty of interventional pain management has really evolved over the last 20 to 25 years. In 1996, Dr. Fox decided to leave the operating room as an anesthesiologist and dedicate all of his time to treating those with chronic pain. He founded Anesthesia Pain Care Consultants in Florida.

There are several components of interventional pain management. Injections using very small amounts of medication such as Lidocaine can be used to help diagnose exactly where the pain is originating. For example, if a patient feels relief after a certain anatomic region is injected with a numbing medication, that result can be used to pinpoint the source of the pain. Once that is accomplished, other techniques can be employed to treat the pain. Further injections like steroids can deliver powerful anti-inflammatory treatment directly to the area or an ablation can be performed on nerves in the area of the pain.

Neurostimulators and drug pumps can also implanted to help block pain on a spinal level.Prior to the late ’90s, training for physicians in this specialty area was minimal. Yet as the necessity of this field became apparent, so did the need to teach doctors to perform interventional pain procedures. Workshops were created using cadavers to grant physicians the opportunity to learn these very specific techniques to treat patients with pain.Dr. Fox explains that these workshops were the first time doctors had the chance outside of their residency or fellowship to practice such new procedures.

Since then, workshops have continued to evolve, now training physicians to use ultrasound guidance for their pain management techniques.

These workshops have not only expanded in number and in caliber in the United States, but they have now moved internationally.

“I am on the executive board for the World Institute of Pain (WIP),” Dr. Fox says proudly. “One of our missions is to go into remote areas of the world and train and teach physicians to do what we do.”He further explains that the use of cadavers on an international level is an absolute necessity for the WIP." Previously, these patients had no access to care that would alleviate their pain and "were really suffering unnecessarily," he states.

Yet through the WIP workshops, physicians in countries such as India are able to be trained on the cadavers to perform interventional pain treatments for their residents. Bringing effective pain control to India’s population of 1.2 billion people- that is quite a feat.In addition, the WIP developed the first international board certification for this specialty, the Fellow of Interventional Pain Practice (FIPP).

Physicians are not only required to pass a written and oral exam, but they are also tested on their technical skills. During the practical exam, physicians are evaluated while performing specific pain management procedures on a cadaver.In Budapest in 2003, Dr. Fox was the 59th person to ever receive the FIPP certification. The WIP has now certified more than 1,000 physicians in 50 countries.

The benefits of having such a stringent exam are evident. “Doesn’t it make sense that not only was your doctor able to answer the questions on a written exam, but also that someone actually saw him correctly perform the procedure as well?” Dr. Fox surmises.

One person who would certainly agree with Dr. Fox is his patient, Mrs. Priyanka Shanbag of West Palm Beach, Florida. Sixty-one years young, Mrs. Shanbag is a well-renowned yoga instructor in the area. She teaches class seven days a week and knows all about healthy living. However, for 20 years after having a herniated disk, Mrs. Shanbag lived with chronic pain.

She suffered with pain in her lower back and left leg. Desperate to find relief, she explored every avenue- from medication, to acupuncture, to meeting with neurosurgeons.

“They all say, ‘I will be able to help you’, but none of them did,” Mrs. Shanbag explains.

She was unable to sleep at night, unable to sit comfortably. Her pain led her to a doctor’s office which she saw on a commercial. The consultation, in which she didn’t even meet the doctor, was $800. She was recommended for a procedure that was not covered by insurance and would cost more than $8,000.

Before she took this drastic step, her husband, also an anesthesiologist, stepped in and called a colleague. The colleague referred her to Dr. Fox.

Mrs. Shanbag’s tone changes when she speaks of Dr. Fox. “He is the one who helped me tremendously."

Eighteen months ago, she received a catheter epidural neuroplasty from Dr. Fox, which offered some relief. And two months ago, Dr. Fox performed a diagnostic facet block to locate the source of her pain and followed this with radiofrequency ablation. In this procedure, an electrical current is used to heat up a small area of nerve tissue and decrease pain signals from that area.Dr. Fox’s work has provided immense pain relief for Mrs. Shanbag.

This procedure has finally allowed her to experience comfort for the first time in decades. “I have never felt so much gratitude for anyone this much,” she says. “He has sincerely changed my life.”

The future of interventional pain management continues to look promising. As new methods for treating pain are being developed, an increasing number of physicians are learning these procedures. According to Dr. Ira Fox, the continued availability of donors remains an absolute need. “The cadaver is essential for the training and certification of physicians in this specialty,” he states.