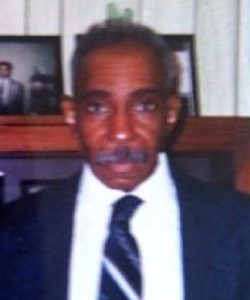 Alvin R. Williamson was born in Stuttgart, Arkansas on September 21, 1935. In his early years he was a good student and he liked all sports but he especially loved Football. He moved to Chicago in 1960 where he met his wife Mary, who preceded him in death in April 2013. There were 4 children born to this union, Andre, Gloria, Barbara and Fredrick. He also has 6 grandchildren, Robert, Jeremy, Sidney, Taylor, Jordan and Kennedy. He worked hard and always tried his best to make sure that his family was taken care of and had the things they needed. And he did a great job at this.In March of 2016 he received the diagnosis of Dementia. The family read, researched and inquired to find out what we could expect and what daily life would be like for dad. After several falls, surgeries, hospitalizations and the stress put on his body due to the disease, he passed away on September 7, 2017.His favorite bible verse was John 3:16 – For God so loved the world that he gave his only begotten son that whosoever believeth in him shall not parish but have everlasting life.