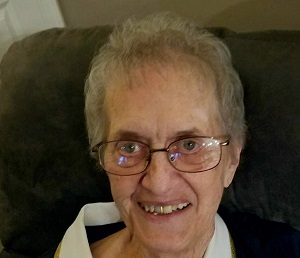 So about two hours ago, my mom, Ann Card (or for those of you from the res, Alma), passed away. She was 94 years young, and although my brothers, John Card II and Josef have been preparing for this in many ways since January 8, 2013, when she had the first of her hemorrhagic strokes; her loss is sudden, long-coming, overdue, and far too soon. My mom spoke and moved through the world as a strong Klamath woman. She expected us to do our best, be kind when we could, and to stand firmly when principles are involved. She was the first of her generation to complete college, as I am the first with a doctorate of our clan (either side of the family actually). Mom, like dad, was an educator. She spent many years with AISES (American Indian Science and Engineering Society) traveling to reservations and Indian schools throughout the country bringing science fairs onto the res. She was involved in teacher training, and empowerment of our people---of all people. Her last job (in her 60s) was with Head Start in Denver, helping to ensure children and mothers in need got the supports they needed. On so many more than one occasion, she would remind me to learn all I could and use what I learn to make the world a better place. When I graduated from college (shout out to my fellow Earlhamites), I received an eagle feather of distinction--and as is traditional for us, attached to it is a porcupine quill--- It is used to poke if I were to forget that humility is the path and my accomplishments belong not just to me but to those who support me. Mom remained my greatest support and often the loudest whisper in my mind--- She encouraged me, criticized me, challenged me, reminded me (at times not at all gently) of the importance of being a strong woman, caring for others, being of service, and using my voice in principled stand. I cannot tell you how many times my mom would say, "It is the principle of the matter which is at stake." Principles matter to my mom. While my dad often used humor and logic to teach, my mom used stories. It seems every event holds a lesson, and often more than one. Her favorite saying was, "Every man to his own taste, said the old lady as she kissed the cow." She would repeat this whenever my brothers and I argued (which was usually Josef and me--no one could argue with John--he was too bright, and too reasonable, and seldom responded to our foolishness). My mom sayings for every occasion saturated my formative years. Those of you who have known me for even a short while may recall one, or two, or many many more, slipping from my lips. Likely they were my mom's words spoken via my voice.