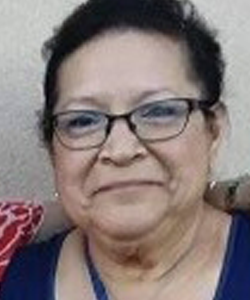 Barbara Jean Glinzak was a loving wife, mother and grandmother. She was born in 1957 in San Bernardino and resided there until she moved to Arizona in 1980. In 1975, she met the love of her life, Paul Glinzak, at his first duty station at Norton AFB. Throughout the next 47 years, they had great adventures, created wonderful memories, and were rarely apart from each other. Paul and Barb (as everyone called her) developed a ministry and spread the word of God for many years. Her service to others will never be forgotten. Her favorite things were spending time with her husband/best friend Paul, her children (Sheila and Jason), her many grandchildren, camping, and crafting. She always had a very caring and giving soul and she will be dearly missed by all who knew her.