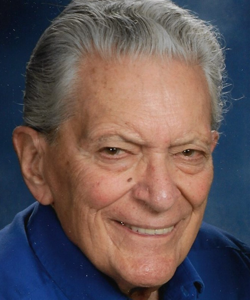 Carlo died of complications of Alzheimer's while living in a memory care facility. When diagnosed several years earlier, he said, "If I have to have this disease, I want to make the best of it." I feel that donating his body to Science Care was a way of making the best of it. That became more and more difficult as he lost the ability to do most of the things he loved. As a former architect, inventor, and artist, he went from working on designing things on a computer many hours a day to being unable to even write an e-mail. He went from owning many different sports cars and loving to travel to being unable to drive. He came inside one day and said "I am not going to drive anymore." When I asked why, he said "I can't remember how to open the garage door." He went from walking two miles a day at age 97 to being in a wheelchair and falling many times as he forgot he could not stand on his own. He could not read or write or remember the stories he loved to tell of happenings in his past. Carlo was a WW II veteran having served on the Yorktown in the Pacific. He received his college degree from Montana State University in architecture and practiced as an architect for a few years before spending the majority of his career as a professor of architecture at Montana State and North Dakota State Universities.. We married 36 years ago and had a wonderful marriage. Carlo was 17 years older than I and retired in 1985. He spent many years being helpful to me as I was still working. He lost a son and daughter to early deaths with much grace and loved to visit with his living son and grandsons, and accepted my two daughters as his own. He loved solving problems and volunteered to work on many projects. Thirty years ago he designed a hoist to help another professor with MS get in and out of bed, figured out a way to get our church steeple down, sandblast it, repaint it, and put it back up again, built a home for us using six architecture students, designed and built wrought iron handrails for his sister's terraced home, etc. In everything he did, he was meticulous with every detail. Over his long life, he made many friends.