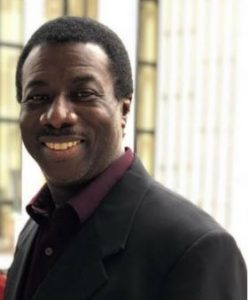 Darrick Zackary Jones was born on March 12, 1963 in Dayton, OH to Sandra Jones. Darrick was preceded in death by his grandmother, Betsy Mae Towns. Darrick often jokes that he was happy as an only child for eight years before he was blessed with the privilege of being a big brother to Burley (Ran) and Davin (Dave).Darrick was educated in the Dayton Public School System and graduated from Fairview High School in 1981. Darrick went on to receive his Bachelor’s Degree in Chemical Engineering from Case Western University in Cleveland, OH as well as his Master’s Degree in Business Administration – Information Systems Analysis.Darrick was married to Tywana for 32 years and to that union two daughters, Renice and Gabrielle, were born. Darrick loved his children and instilled in them the same moral, values and work ethic that he carried for himself.In 1986, Darrick became a dedicated employee of Goodyear Tire and Rubber Company. Where he served for 32 years. While employed at Goodyear Darrick developed a passion for mentoringyoung individuals to strive for success. He enjoyed guiding persons to reach their potential and beyond. He could see what a person had inside and had a way of pulling that inner strength to the forefront as he guided them to betterment in their career. Darrick relocated to Greensboro, NC in 2016 on special assignment. He was very active with the STEM program for advancement of engineers. He was also dedicated to the CO-OP program.Darrick loved the Lord. He is currently a member of Destiny Christian Center located in Greensboro, NC, and a faithful member of The House of the Lord, located in Akron, OH for twenty-eight years. Darrick had wise mind, caring spirit, and generous soul.Darrick enjoyed spending time traveling with his family. God called Darrick home on Friday, April 27, 2018 surrounded by loved ones.