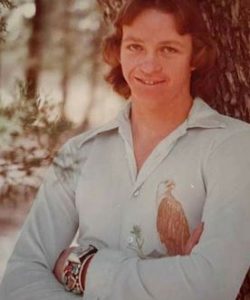 David was born in McNary Hospital and grew up in Clay Springs and the surrounding Show Low, Arizona area. Graduating from Show Low High School, David excelled academically and played various sports including basketball and track. With a love of the outdoors instilled by his parents, Peggy and Dewey Plumb, David’s hobbies and work centered around nature and simple country living. Carpentry, firewood cutting, landscaping, wood carving and Native American style silversmithing were some of the many skills he possessed and earned a living from. An avid reader, his favorite author was Louis L’Amour.David was a very sincere and sentimental person. His quirky smile and huge heart were quick to capture your friendship. Sitting around a campfire with friends and family, hunting, fishing and being outdoors were things that made up the life David loved. He is missed and remembered by many.