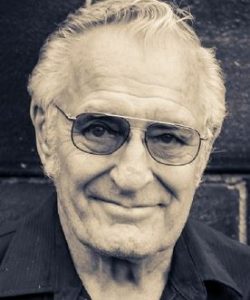 From a young age, Dean was a hard worker, helping to support his family with a paper route in the mornings before attending school. Early on, he developed an interest in car sales and repairs. He sold his first car at 15 years of age. Dean went on to own and operate many successful businesses. He received multiple awards for successful business practices. He had a soft spot for those desiring to start small businesses and contributed to the success of numerous local small businesses. Along with being a successful entrepreneur and businessman, he was a philanthropist and contributed to many organizations and private individuals in the community.He enjoyed dancing with his lovely wife Dorothy at local jam nights, listening to country music, collecting antique cars, spending time with his family and gardening. He traveled the world, visiting locations such as Japan, London, Hawaii, and the Caribbean islands. He took his children and grandchildren on numerous trips to Walt Disney World and Cape May, NJ. Dean was a gruff but loving individual who loved children and was always willing to help anyone in need including his “family” at the Leland Memory Care Unit. He was a mentor to many, young and old. No matter the task at hand, he wanted to help. From mowing the lawn to calculating figures, he had a right way of doing things that he wanted to share. There was nothing that he couldn’t do. He will be remembered as an uncompromising worker who loved his family. Up until the end, he made sure everyone was being taken care of. Sadly missed by his family.