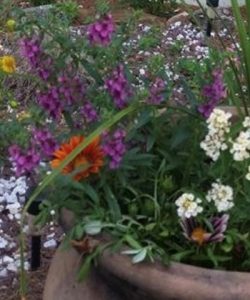 Debbie as she was known to most, lost her battle of Cancer on March 29, 2019. Debbie was a kind and loving person. Debbie was born Debra Diane Greenawalt on October 22,1953 to Doris(Schmeltzle)Greenawalt and Donald Greenawalt.Debbie led a challenged life. When Debbie was just 10 years old she was burned over one third of her body in an accident. After many ups and downs and many surgeries life went on. In 1972 she married Irvin E. Yoder Jr. and together they had five children. Her second child (a son) died shortly after birth, and then in 2016 she would lose her fifth child (a son) due to an industrial accident. Debbie and Irvin would divorce.Again life moved on for Debbie, she later met Russell Reinhard and considered him her soul mate. Debbie loved her family more than anything in the world. She was proud of all her children and very proud of her grandchildren. Donating Debbie's body to Science is something she would have been grateful for. Just knowing that she may be helping other people would have made her very happy. Debra is now reunited with family in Heaven, her two sons, her Mom and Dad and a niece. Debra was a Beloved: Mother, Grandmother, Companion, Sister and Aunt. She will be missed everyday, and will forever remain in our hearts. Debbie we love and miss you.