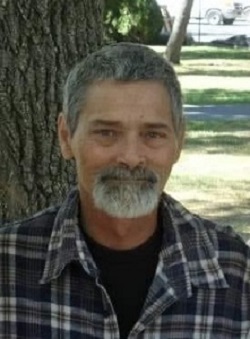 Dennis was the son of Theodore Wilson and Virginia Smallwood Wilson. He was born in Washington DC on February 16th 1952. Dennis was raised in the Northern Virginia area with his parents and 7 siblings . Dennis had 6 children , 5 step children, 24 grandchildren and 3 great grandchildren children. Dennis enjoyed a little bit of everything; skating , fishing , playing guitar, singing , throwing horseshoes, shooting pool , playing poker, and last but not least talking to new people all over the country on his CB radio, where he was known as “Johnny Reb”. Dennis was a fighter and stayed positive and hopeful through his battle with multiple myeloma over the last 14 years . In his final years, Dennis settled down with his wife Rosemary in Pekin Illinois in their small home where he was surrounded by his friends whom became his second family. He became known for the wishing wells he built and the sounds of the saw that never quit running. The “CEO of Wilson Enterprise” was a nickname giver to him by his landlord who was very much a true friend. Dennis was a husband, a father, a grandfather, and brother to so many . Dennis was one of those people that loved unconditionally and who would help anyone in need . A one of a kind. In his final moments he made the decision to donate his body to science in hope that someone could find something that would help to save the life of someone else. Dennis will be missed by so many hearts he touched and forever remembered.