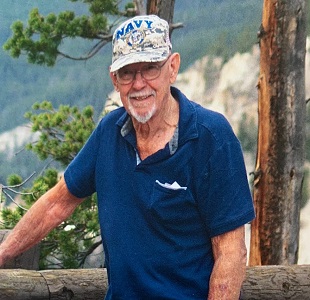 Donald D. Waltman, Peoria. AZ passed away peacefully and with dignity, October 8, 2022. Donald was a Rare Breed, born September 27, 1932. Donald was sometimes a Gentleman's Jack, sometimes a Wild Turkey, always fun to be around. Donald had five true loves in his life. Always first and foremost was Clarice, his partner and wife of 65 years who sadly passed away in 2020, and Don & Clarice's four children, Dawn Waltman, Ronald Waltman, Tracy Nordine and Michael Waltman. Although he never talked about it much, Don was a proud career Navy man. He spent a good deal of his military officer time on Navy aircraft ships including the Oriskany, Kitty Hawk and Constellation. After retirement from the U.S. navy in 1964, Don & Clarice would leave their hope port of San Diego, CA and travel around the United States in their motorhome from the West Coast to the East Coast and back again. During their decades of motorhome adventures, Don & Clarice visited family, dozens of friends and national Parks. Two other passions included Dancing and Road Trips. When his daughters Dawn and Tracy were young girls, Don shared his love of dancing with them. In doing so, he instructed them how to effortlessly lead their dance partners around the dance floor. This proved problematic later in life as Dawn's and Tracy's boyfriends and husbands could never measure up to Don's grace and skill on the dance floor. No one could fill Don's dance shoes. Prior to embarking on a road trip, Don strategically planned out most every detail with military precision. Whether by motorhome or passenger car, Don always preferred to travel the scenic, roads less travelled. Driving his vehicle on these backroads allowed for Don, from time to time, to put the petal to the medal and occasionally blow past a few stop signs just for amusement. Whenever it was brought to his attention by his passenger that he had driven through a stop sign, Don would smile and remark, "I looked and there were no other cars in sight". In the spring of 2021, Don took to the highway with his oldest son Ron on a cross country trip from Peoria, AZ to Naples, FL, up the East Coast, through Colorado and back to Peoria. Don's most recent driving adventure was just a month ago with his youngest son, Michael. Together they travelled up to Southwestern Canada, Washington, Oregon, and again safely back home. In the spring of 2021 as a new resident of Arrowhead Valley Resort Lifestyle Communities in Peoria, Don continued his active lifestyle. His routine included daily workouts in the fitness room, participating in weekly pinochle, poker, beanbag baseball, billiards and multiple social events with other residents. Dancing for an hour on Friday evenings with multiple and willing dancing partners never slowed down this 90-year-old. After all, he was truly a Rare Breed. We all salute you, Don! A Rare Breed...May you continue to dance in eternal peace.