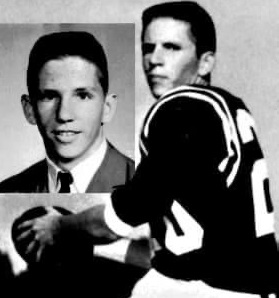 Ed was the starting quarterback as a junior at the Greenwood, Mississippi High School, but his family moved to Hammond, Louisiana in January of his junior year. He once again earned the position of quarterback at Hammond High School and was named Mr. Hammond High for the yearbook. He was offered a football scholarship to Tulane but turned it down because he wanted to reconnect with his Greenwood friends at Mississippi State University. After college, he served four years in the US Air Force’s Quartermaster Corps in New Mexico. He moved back home after his Air Force service to get an MBA from Southeastern Louisiana University. He was a buyer for Foley’s Department Stores in Houston, Texas, and owned his own store selling microwave ovens and ceiling fans before one of the recessions put him out of business. He then started a new business as a carpet layer before moving to Hattiesburg, MS working for a bank buying smaller banks. When his father suffered a stroke, Ed took early retirement and moved into his dad’s home to provide full-time care until his death at age 91. Ed was very much appreciated by his neighbors as he took their garbage cans in from the street and trimmed their bushes. He has legions of friends from every stage of his life, in addition to the nurses at the hospitals in the last month of his life.