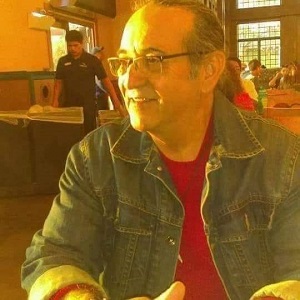 What is there to say about him? He was a Wonderful Husband. Father. Friend. Above all else he was a fighter. He came to this country years ago to try and make a better life for his children and Himself and he never gave up. Throughout the ups and downs life normally throws at us, he took it all on the chin and kept smiling. Knowing one day things will look up. He was diagnosed with Renal Cell Carcinoma in 2005. After having a kidney removed, and being told he only had a few months left, his resolve never faltered. After only a few weeks, a miracle happened. His cancer was in remission and stunned all those who had essentially signed his death warrant. For the next 11 or so years he lived happily with his family, cancer free. Until... in 2017 it was discovered and told to us that the renal cell carcinoma had metastasized to his brain.. But even still. Nothing stopped him. A man his age undergoing a craniotomy wasn't unheard of, but it was dangerous. We feared for his life but even then, he came out unscathed. The battle had only began from there but with his family at his side he fought hard. Beating cancer more than once through what felt like hundreds of therapy sessions, physical, chemo, radiation, you name it. He did it all and came out on top. Having to undergo another craniotomy a few short years after the first and even combating COVID not even once, but twice and beating it? Nothing could stop him. But.. We're all just human after all.. This October, it was obvious.. He was tired. So many wins were bound to catch up to him and so, the day after my birthday which coincidentally, and unfortunately was my mother's birthday.. He passed away at 3:20 pm. He passed away with My mother and I by his side. Calmly. At peace, in his sleep. If we all could only be so lucky. I'm writing this to remember the time he had here with all of us and not a day goes by that I don't miss him. I can only hope to be as half the man he was. Elio Ricardo Ruíz Ramos. I hope you're finally at rest, and I'll see you when I see you. One day. Love you Papa.