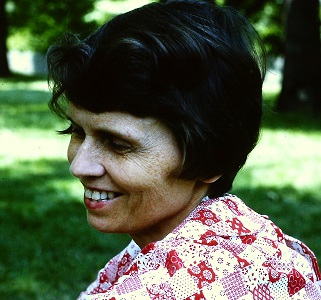 Frances Hern Remington, 101, died peacefully on October 20, 2022, at Kendal at Longwood, Kennett Square, Pennsylvania. She was born on September 15,1921, in Cleveland Ohio, to Fred and Elisabeth (Wells) Hern. During the Depression, the family moved to Dunbar, West Virginia, and in the late 1930s, they lived in East Chicago, Indiana. She graduated from the University of Chicago in 1943, with a degree in food chemistry. While at the university, she met and, in 1942, married her husband, William R Remington. She and Bill moved from Chicago to Penns Grove, New Jersey, in 1945 after he finished his PhD and took a job with DuPont. They moved to Newport, Delaware in 1950, and to Lindamere, in North Wilmington, in 1955. She was a homemaker, raising six children. In 1960, the family bought a retired Greyhound bus to use as a camper. On their first summer vacation, they traveled with Scott, her youngest, who was only two months old at the time. In 1971, she and Bill, along with their two youngest sons, moved to Quito, Ecuador for two years. Bill was teaching at the Escuela Politécnica Nacional in Quito. During their time in South America, they traveled extensively. Later in life, she attended the University of Delaware, earning her masters degree in nutrition in 1977. In addition, she and Bill attended UD’s Academy of Lifelong Learning and, together, they taught the first computer course at the Academy. In 1995, they moved to Coniston, part of Kendal at Longwood; after a few years, they moved to Kendal. Bill died in Kendal Health Care in 2005. Fran remained at Kendal until her death.