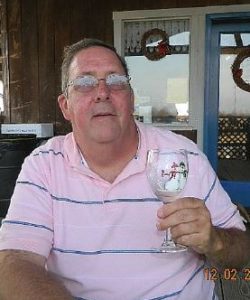 George retired in 2011 after working for the Federal government for 38 years. One year after retiring he was diagnosed with stage 4 lung cancer. He chose to forego traditional chemo and his oncologist researched and found a pill that would kill only the cancer cells. It worked for a time but then his chest filled with fluid, was drained and refilled again. He was gone faster than anyone thought. He was a wonderful husband, father and grandfather.George was a member of a volunteer ambulance squad along with being a member of our local fire company. He was always there for anyone in need and continued to give by being a whole body donor. He said if he could help one person, it would be worth it. It has been 22 months since his passing but I can always feel him around me. The Science Care employees were caring and supportive and answered (sometimes) crazy questions like “what facility was he transported to”. We were living outside the St. Louis area. But they never hesitated to help me through this devastating time.