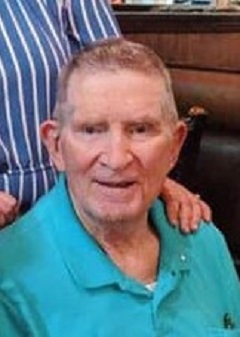 Glenn was born and raised in Vestaburg, Michigan. He was 4th of 6 children. He was predeceased by his parents Merton and Violet Swarthout and his siblings, Bernard, Gene, Ralph, and Carol Thrush. Glenn served in the U.S. Army from 1954-1980, achieving the rank of CW4, he was an engineer and cartographer. He saw a lot of the world and met the love of his life, Evelyn (Barnes) when he was stationed in England. They were married for 67 years and traveled together to Germany, Italy, Austria, Switzerland, Holland, Belgium, France, Michigan, Virginia, Arizona, Texas, and Hawaii. Glenn also served in Korea and Vietnam. Glenn's faith in Jesus Christ was central to his life. He was actively involved in the church wherever he was stationed, and many times served as a Deacon or Elder. Glenn and Evelyn loved nothing better than adventures on the road, especially hauling their travel trailer across the country and up to Alaska. Even in this last year, they made a trip to Alaska and Michigan. Glenn is survived by his wife Evelyn, his sister Marjorie Oathout, and his children Joy (Doug), James, Janet (David), and Jennifer (John). He is also survived by 6 grandchildren and 1 great-grandchild. In lieu of flowers please donate to Rock Lake Christian Assembly, 7389 Vestaburg Rd, Vestaburg, MI 48891. A Ceremony with Military Honors will be held March 13 at 1:00 at Prescott National Cemetery, 500 AZ-89, Prescott, AZ 86301