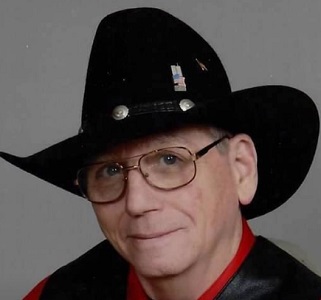 Harold was raised by a single mother in central Pennsylvania area. He had three sisters who were raised in the same home. His mother's family was from the Central PA are and his father's family was from the Berkeley Springs West Virginia area. Though he saw very little of his father during his growing up years his grandparents were always there for him. His grandma Smith was the one who took him to Sunday school and one of the stories she liked to repeat was of him at about 6 years of age when he wanted to take his shoes to Sunday School because they had gotten him a new pair and there was a little boy in Sunday school that didn't have shoes that showed his giving spirit from an early age. Another story he like to tell from those years was the Sunday morning he woke up with pain in his gut and he told his gram it hurt too bad to go to Sunday school and church and she said you best be dying to be missing Sunday school and church so his pap took him to the emergency room and sure enough his appendix had burst. He would never do anything to disappoint his gram and that included not going to church. He was a high school graduate who married his high school sweetheart while still in high school, senior year (1969), they went on to have a son and a daughter before that marriage would end 20 odd years later. Though his first job while in high school at the age of 16 was at the IGA grocery store stocking shelves and evenings while in school and on those weekends he would work at the local sewing factory to help his mom keep a roof over their heads and pay the monthly bills. His first real job was at a silica a sand mining company local here in Huntingdon area, where he worked in maintenance and driving the large 100 ton uke trucks until his retirement on disability almost 35 years later in 2004. Before his disability that began in 2002 he was always helping others whether it be working on their cars helping with home renovations or landscaping. He also did all of the above to his own home to keep it well maintained for fun he enjoyed auctions and collected memorabilia from the 50s 60s and 70s as well as 118th scale diecast cars. Friday night he could be found on the dance floor at the local moose or VFW in his cowboy hat, jeans and boots dancing with the ladies Saturday night would be a little of the same minus the hat at the local VFW because out of respect for veterans they didn't wear hats on Saturday nights. As you can see in the attached photo he made one handsome cowboy from another era, sometimes, we thought he was born into the wrong one. It was one of those nights that my relationship with him began in the June 1999. We were married August 2003 and though he was ill our entire marriage I would not have been anywhere else. February 2003 he was in a wheelchair from the chronic demyelating polyneuropathy, fall of 2012 Cancer came, Whipple in 2013. Cancer free till 2020.

Survived by wife Sandy of 19 years, father of Jeff and Christine, grandfather to Madison, Big brother to Brenda, Pam, Glenda, Tina and Herbie.