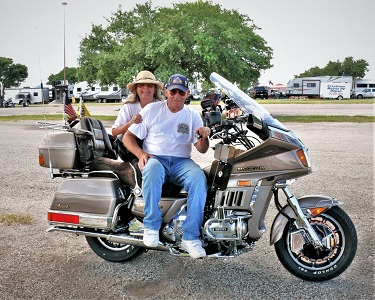 Scott was the love of my life for 50 years. I miss his touch, hugs & laughter. There are not enough words to express how much I miss this great man. He is greatly missed by friends & family. We all miss that 'smirk" he had on his face because we all knew he had something over on us. He had such a quick wit & sense of humor. He knew how to make people laugh. Scott passed peacefully at home with me at his side at the age of 81. Scott met me, his wife, Debra while in Chicago. We were inseparable throughout our marriage. We not only flew RC model airplanes but competed side by side in competitions winning many trophies. We also shared a passion for the love of motorcycles. That is how we met in 1972. He would repair my motorcycle. I always said "he was a great mechanic" & he said "she sure knew how to keep one nice & shiny". It was a match made in heaven. We traveled all over the US on our beloved 1984 Honda Goldwing. We put over 220,000+ miles on it traveling through 45 states. He loved to show it off so we competed in many motorcycle shows throughout the US & won over 150+ trophies. Scott started out in life on a family dairy farm in southeast Ohio. He then briefly worked in the coal mining industry in his Dad's mine in W. Va. He wanted something better so he moved to Chicago & became an excellent motorcycle mechanic. He did this till I graduated college. He went back to school & became an accomplished machinist/tool & die maker. That caught the eye of a company in central Texas & they moved us there. He lived there till his passing. Scott competed in Flat track & Motocross racing when we met. He raced all over the Midwest for around 10 years. He decided to start competing in RC airplanes & joined the Academy of Model Aeronautics. He received many awards & accolades throughout the years with the AMA. He also gained his private pilot license while living in Illinois. He loved flying out of Gault Airport.