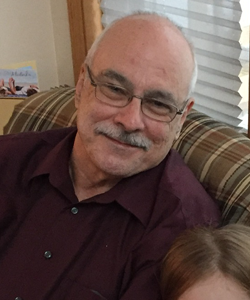 My brother was one of a kind. A very private person but yet the life of the party. His quirky sense of humor was enjoyed by so many. Jim was an amazing electrician/computer tech all his life. He was adopted as a young child by my stepfather. His mother passed away when he was quite young. My mother and I joined him a few years later when she married his dad. He lived most of his life in Wisconsin as have all of us. We had an older sister that passed away in 2003 in Florida.Jim battled cancer for quite a few years but never gave up. He outlived his diagnosis by many years but finally, it got the best of him. He didn’t want any special funeral but rather just a memorial that said he lived, he died. That was my brother, Jim.