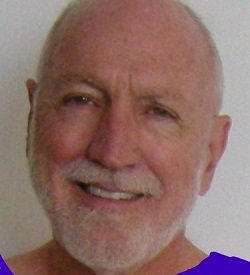 Doctor James Strawbridge was a remarkable man. He climbed to the top of Mt. Hood and walked up and down the Grand Canyon . He rose from an impoverished childhood to become an addiction specialist while suffering from manic depression and a dependence on alcohol. As a high school football star he received a football scholarship to East Carolina University and was a star player. However, an injury to his back and hip ended his football career. He became a successful insurance executive. However, alcohol dependence ended his marriage and career. Joining Alcoholics Anonymous and a new marriage changed his life. He decided he could help others like himself and successfully graduated from Capella University as an addictions specialist . During the last 20 years he helped others with addiction problems. He self-published a book on the subject and wrote newspaper columns on the subject.