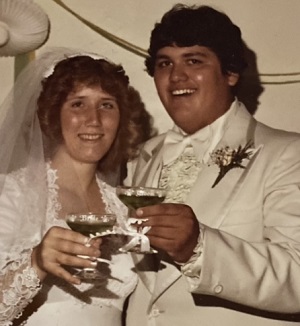 Jesus was a loving son, brother, uncle, husband, father, and friend. He devoted his life to his family working hard in every job he had to provide for and support them. He was born and raised in Colorado and is one of 13 siblings. He married his soulmate and love of his life when he was 21 and in their 34 years together raised 3 girls of their own in Christ and called many others daughter too. He gained a son-in-law and proudly welcomed and helped to raise 4 grandchildren. He was the greatest and strongest man alive who had no enemies. He believed in the sanctity of marriage, faith and family. There is no replacement. He will be missed! Rest in Heaven until we meet again.

Jesus is preceded in death by his wife Lori who was also an organ, tissue and body donor. Loving father of Jessica (James), Audra and Christina. Proud grandfather of Theo, Rutha, Madeline and Emmit. Son to Isabel and preceded in death by father Manuel and in-laws Warren and Ruth. Brother of Anita (Lalo), Pauline (Adolfo), Raul (Karen), Steve, Abraham (Gaby), Lisa, Linda (Clemente), Omar (Shirley) and Marizza (Alvaro). In-laws Karla (Gary) and Rita (Jeff). Preceded in death by Ramon, Gaspar and Vincent. Further survived by many nieces, nephews, cousins and other family members and friends.