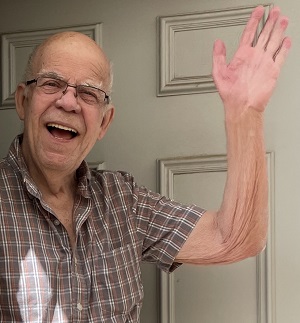 Joe Simmons came into this world with a loud cry on October 5, 1946. Joe was one of five boys and seven girls born to James Cephas and Delia Lou Simmons. He served his country for four years in the Navy. He touched the lives of many people with a helping hand. After the death of his father he took care of his mother and younger brother not to mention being there for many members of his family. Joe was selfless and caring. After the death of his older brother he formed a bond with his nephew Allen encouraging him in the loss of both his parents. Joe has always been there for me and when his health failed we became very close. He was a loving brother to me and I will truly miss him every day. Bye Dear!