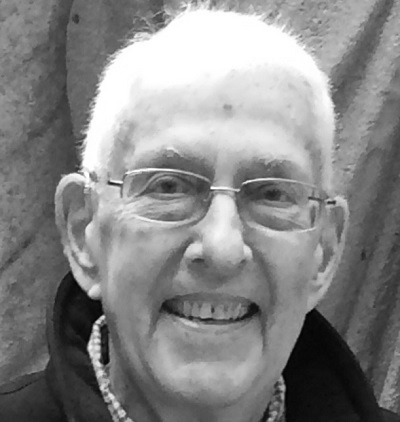 John (“Jack”) Alexander Bolling, 93, of Kohler, Wisconsin, moved on to his next adventure on September 8, 2022, surrounded by his devoted wife, daughter, two sons and spouses, granddaughter, grandson, and great-grand daughter. Four generations. Surrounded by love. Quite a send-off for quite a guy. Jack was a Chicago city boy. He was born July 11th, 1929, in Chicago to Clara Kremer Bolling and Henry William Bolling, both from Luxembourg. Jack and his older brother, “Hank” were raised in a two-story brownstone on Berwyn Avenue, Chicago. He attended Michigan State University at the age of seventeen in 1946 in a class of 16,000, the vast majority World War II veterans. As he stated, here was a 17-year-old next to guys who had fought and killed in WW II. He graduated in 1950, served 15 months in the Air Force at Camp Atterbury in Columbus, Indiana, and earned an MBA degree from the University of Chicago. Jack was a restaurateur. He and his older brother, Hank, joined their Dad’s business venture, Bolling’s Restaurants, overseeing restaurants in the Merchandise Mart, Board of Trade, Standard Oil, Education Building, and Insurance Exchange. The scope of services was all inclusive: cafeteria, carry-out, and full-service dining for breakfast, lunch, dinner, afternoon and evening cocktails. Jack worked in the restaurant business in downtown Chicago for over 65 years, retiring at age 85. Jack developed many life-long personal relationships through the Chicago restaurant business. The Board of Trade dealt in commodities. Jack was a bit of a commodity himself. Walking down Jackson Avenue with him, it seemed like each block we passed an acquaintance, “Hi Jack!’’...” Hi Jack!”. I told him I felt like I was with a celebrity. He assured me that I most certainly was with a celebrity. Probably Jack’s proudest professional accomplishment was the success of the Sign of the Trader restaurant and Commodities cafeteria, in the Board of Trade Building. The first two weeks after opening, the place was empty. By the third week, you couldn’t get in the place. It employed over a hundred people, including five bartenders, served four thousand meals a day, and had the highest volume of alcoholic beverages sold per hour. Another key aspect of Jack’s life was professional sports. He would bring his children, family and friends to Cubs, White Socks, and Bulls games often, in the freezing cold, smokey stadiums, with the constant disappointment of Chicago clubs just about making it to the Championship (until the Bulls). He knew the history of every sports team, the players, the coaches, the many outstanding and entertaining stories. He was a sports guru extraordinaire. Jack was an incredible father, a good friend, charming with a wonderful sense of humor, the perfect host, a master storyteller, world traveler, avid runner, and an excellent dancer(just ask Hedy Lamar!) We will miss him forever.