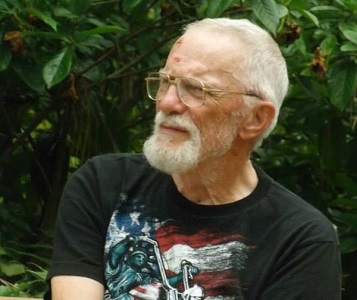 John Bradychok, of Sunsites, AZ, passed away at home, September 14, 2022, after a brief battle with cancer. He was 85 years old. John worked for United Airlines and retired after 37 ½ years. He worked briefly for Steinfeld Pickling Company, and Silver Eagle Manufacturing in Portland, Oregon before moving to Sunsites. Still a bit restless in retirement, he worked as a substitute mail carrier with the US Postal Service in Sunsites for 13 ½ years, after which he finally decided to retire-retire. He is survived by his wife of 63 years, Peggy Bradychok, as well as his daughter, Lois Brown, husband Christopher, and son John E. Bradychok, wife Juli. He is also survived by his two granddaughters, Andrea Lane, and Bethany Thacker, husband Christopher, and three great-grandchildren, Khloe, Devynn, and Cooper. He is preceded in death by his father, Andrew G. Bradychok, his son, Andrew G. Bradychok, and his mother, Anna J. Bradychok. At his request, he willed his body to science.