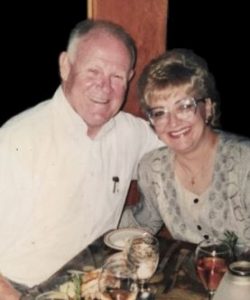 John R. Copeland, age 80, passed away at Hospice of St. Francis on June 21, 2018. John is survived by his loving wife of 38 years, Carolyn, his daughter Andrea Bruce and her husband Ted, step-daughter Ella Vaughan and her husband Robert, and step-son Bob Ford Jr.; grandchildren Jordan Anliker and Robert Vaughan III. John’s younger brother, Frank and his wife Beverly, also survive him.John had a distinguished 37 year career as a NASA Engineer at Kennedy Space Center, which included supporting all of America’s Human Spaceflight Programs. He dearly loved his work at KSC, especially hiring and mentoring young engineers for NASA.Words cannot describe how much he will be missed by his family and countless friends.John donated his body to science and a memorial will be held at a later date. In lieu of flowers, the family hopes that you will make a donation in his name to your favorite charity or the Hospice of St. Francis in Titusville, FL