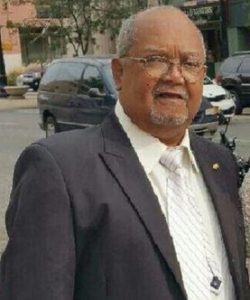 John Eddie Hemphill was a quiet, peaceful, and humble man. The majority of his friends and family called him by his middle name, “Eddie”. He was the type of man to give the shirt of his back to help anyone in need.He helped raise and mentor four step-children; Clifton Wilkins Jr. Lynnette Wilkins, Michael Wilkins, and Gerry Ivory as well as having one biological son, Bryant Hemphill.Eddie was a retired Navy veteran who served his country honorably. He was also a jack of all trades and had many jobs in his life including Xerox, electrician, auto mechanic, and working in the Rock Quarries in Chicago, Illinois.His favorite words to say were “shoot” and “dogonit”. He loved to eat cold hot dogs and make his deliciously famous vegetable stew.He has two very special grandkids, Deonte Panichi Hemphill and Eddie Bryant Hemphill, whom meant the world to him. He was so proud to see his son get married and he loved his daughter-in-law, Jessica Hemphill, dearly.He leaves behind a host of family and friends that will forever be better people by the mark that he left in their lives with his generosity and selflessness.John Eddie Hemphill was a true gift from God to anyone that was lucky enough to know him and he will be forever missed.