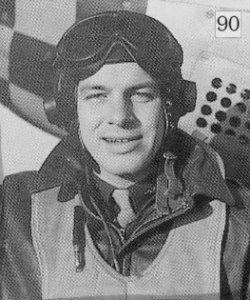 John (Jack) F May, 1922-2020, passed on August 31, 2020. He is survived by his wife Sharon, daughter Judy, son John and daughter-in-law Vicki. Jack was a World War II fighter pilot and POW and graduate of the University of Illinois. He ran Cole's Hardware in Sidney, Illinois with his father-in-law, Bryan Cole. Later, he moved the store to Urbana, Illinois, changing the name to May True Value. He loved flying, and he and Sharon traveled extensively in his single engine Comanche airplane. Jack was active in Rotary, the Air Force Association, Boy Scouts and other civic organizations. He was selected as the Rotarian of the year 2001-2002 by the Sun Lakes Arizona Rotary Club. A lifelong musician, he was a member of Medicare 7, 8, or 9, a Dixieland Cooperative Band formed during a period of unprecedented student unrest at the University of Illinois at Champaign-Urbana in 1969. Jack continued playing with several groups after retiring to Arizona. He was the jazz soloist at his 90th birthday party, showing his remarkable musicianship and improvisation skills.

Sharon May, wife, Judy May, daughter, Johnny May, son, Vicki May daugher-in-law