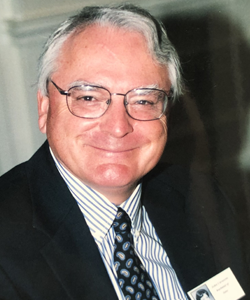 John S. Carusone passed away on March 20, 2022, at the age of 81 with his wife, Jane, by his side, at his home in Mount Dora, FL.John considered himself a renaissance man. He pursued many diverse interests over the years that he tackled with relish, enthusiasm, and single-mindedness. Being a highly competitive individual it was important for him to achieve goals in his endeavors. His early interest in photography led him to create a darkroom and join a photography club where he could showcase his work. Though he had a number of successes, his foray into wine-making ended disastrously with wine bottles exploding in his basement. Later he taught his young sons to play chess, joined a local club, and with his sons, began competing in chess tournaments.Many of his pursuits involved sports as he was an avid, coordinated athlete. He took up hiking and climbed most of the Adirondack high peaks in both summer and winter as well as climbing in the Rockies, the Andes, the Alps, and the Cariboos. When he turned to running for fitness, he completed three marathons including Boston in 1973 and then turned to triathlons where he doggedly tried to improve his swimming skills. Although he was never leading after the swim leg, he always made up time on the bike and run portions of the course. Continuing with sports, he played tennis for 25 years and then golf for the next 25, excelling at both and making many lasting friendships.Fourteen years into his retirement, at the age of 74, he stepped away from sports and turned to duplicate bridge, not an easy transition at that age. Through constant study and the aid of willing mentors, he was able to learn the modern bidding systems and joined the Lake County Duplicate Bridge Club where he served on the board and as President for 3 years. You can see a pattern here: if something took his fancy he wanted to excel.John practiced law in Glens Falls, NY, for many years after graduating from Glens Falls High School, Holy Cross College, and Albany Law School. He was also involved in community organizations both in Glens Falls and Mount Dora, FL, where he lived in retirement. Among those were the Rotary Club of Glens Falls, the Glens Falls YMCA, the Queensbury Town Recreation Committee, and Lake Cares, a food pantry in Mount Dora.John thoroughly enjoyed himself as well as his cherished close friends. He was less concerned with allowing accuracy to get in the way of a good story. Often the clown for company, he also had a decidedly serious side. He loved his family and will be missed by many.Born in Glens Falls, NY on January 12, 1941, to Louis and Margaret Carusone, John is survived by his wife Jane, his eldest son LJ and his husband Oscar, his youngest son Jason and his wife Natalia, and his granddaughters Tessa and Keira. He is also survived by his sister Therese Reichert and her husband Walter, and his brother Michael and his wife Joan. His younger brother Joe died before him in August 2021.In addition, he leaves behind a large number of nieces, nephews, and in-laws scattered from coast to coast.