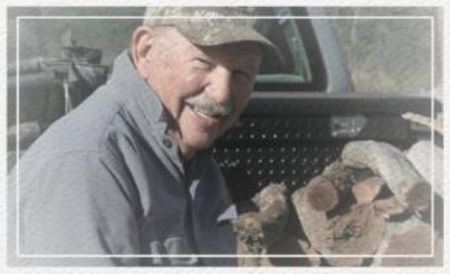 Joe was born in Oak Park, Illinois to Lina Mae Zuck and Joseph Harold Holmstrom, Sr. He was the oldest and last surviving of the five Holmstrom children. Harold Sr. was a railroad engineer and Joe worked with him all through high school and when he returned from WWII until he went to college. Joe joined the Navy and went to boot camp the day after his high school graduation. He was a Fire Control Man Third Class in charge of the big guns on his LSM. He was very proud of his service in the war and talked of it often, very emotionally, in his later years. After graduating from Alfred University with a degree in ceramic engineering he moved to Philadelphia where he met and later married Anne Marie (Nancy) Coniglio in 1952. They had seven children with the oldest, John Thomas Holmstrom, passing in 2011. Joe worked as a metallurgical engineer in sales for his entire career. This occupation took his family from Minnesota to Bethlehem, PA and finally to Houston in 1962 where they remained until he retired and they moved to the Texas Hill Country outside San Antonio in 1982. Joe was an avid golfer, having caddied from age 12 - 17 in Illinois, he kept bees, processed honey and had an abundant garden that he shared with all takers. He was a rock mason laying rock at home as well as at ReBarRanch where he loved to hunt, collect cactus tunas for jelly making, cook, collect firewood and enjoy the company of family and friends. He was a Deacon in the Catholic Church, an ombudsman for area nursing homes and chief fund raiser for the volunteer fire department. He took great pride in having donated 100+ gallons of platelets to the blood bank in San Antonio. Joe and Nancy moved to Watercrest in Mansfield 5 years ago and he often said is was one of the best decisions they made. Having the opportunity to be close to family and watch their grandchildren prosper and their great grandkids grow up was nothing but a pleasure. Joseph is survived by his wife of 70 years, 6 daughters as well as 14 grand children and 15 great grandchildren.