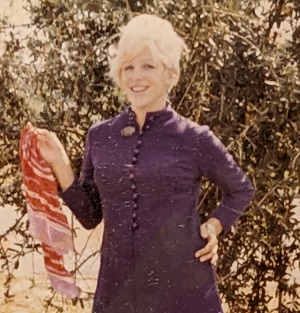 Kathleen Kay (Bri) Stiplitus Hadley, born in Dayton, OH, came from a family of three girls. She was the mother to 6 children. 1 a step child raised from a very young age and 5 of her own. She was a military wife and had to move with the family various times to different states and even to England. She kept the children involved in various activities and even got us a sailfish to sail on the lake with. She divorced in the mid 70's and raised the kids on her own from there. She spent a lot of time in FL from the late 70's and on. Yachting with friends and working in sales. She relocated to NH in 2018. Kathleen became ill and passed very quickly and unexpectedly. She had been wanting to move back to FL, where she will be laid to rest.