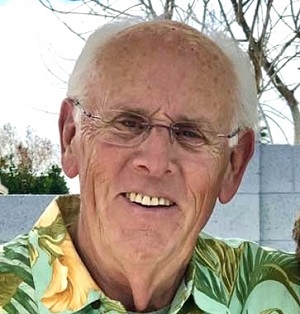 Kenneth Richard Wilcox, 80, of Phoenix Arizona, died August 13, 2022. He was preceded in death by his parents, Aleene and Wendell Wilcox. He is survived by his sister Marilyn Damron (Gary), former wife Marilyn Wilcox, son Randy Wilcox (Leisa), daughter Melissa Barbakoff (Dann), grandson Jude Ortiz (Taylor), and cherished friend LeJade Owens. Ken was born in Vallejo, California and lived there until he attended college at Pasadena Nazarene College in Pasadena, California. He worked in the non-profit sector for years, living in San Diego, Cleveland, Los Angeles, and eventually following his daughter and grandson to Phoenix. He returned to Vallejo for three years to care for his aging mother, then came back to his beloved Phoenix and had been living at Scottsdale Village Square. Ken was a supportive father who was the number one fan and greatest cheerleader of both of his children. His grandson Jude was his absolute pride and joy. He loved golf, the Gaithers, good food and wine, and God. His favorite thing to do was spend time with LeJade, whether playing poker, eating ice cream, watching football, or just being together. She loved him so well, and was a literal godsend to him and to the rest of our family. Though he had been living with Alzheimer’s and heart disease for several years, his death took us all by surprise and we will miss him very much.