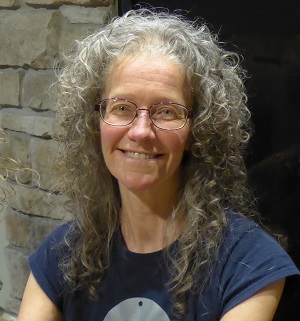 Lynne was born September 28, 1957, in Fort Wayne and graduated from Paul Harding High School in 1975. Lynne and Larry were married Dec. 4, 1993. She worked at OmniSource Corporation from 1991 until retiring in 2007 as N/F Transactions & Marketing Administration Manager. Lynne, aka Selectra to the karaoke community, co-hosted karaoke with her husband Larry, aka Flash, as Swingtime Karaoke from 2007 until 2016. They chose to retire from regular shows to fulfill a lifelong dream of traveling. Her karaoke hobby started when Lynne met Larry, who was already singing karaoke. She had a desire to sing, but thought as a child that she didn't sing well. So she went with Larry to karaoke for years, enjoying the shows and requesting songs for him and others to sing (thus the name Selectra). Finally, after years of prompting, she agreed to try singing on a friend’s home system. Later that same night, Lynne went out to sing her first song in public and the rest is, as they say, history! After singing at different karaoke shows for several years, they put together a home system so they could practice and began collecting karaoke discs. Eventually they gathered a collection that rivaled some established karaoke hosts in the area. Upon the prompting of friends, Lynne and Larry upgraded their equipment, continued collecting discs in earnest and started Swingtime Karaoke. Some of the venues where they hosted karaoke shows included Jack & Johnny’s, The Office Tavern, Crazy Pinz and The Army Navy Club. Their love of music was not limited to karaoke, also being avid ballroom dancers. Swing dancing was their favorite, hence the name of their karaoke business. Lynne quickly became known for her acceptance of others, her hugs and her desire to include everyone. In addition to her love of people, Lynne had a lifelong love of dogs, taking in mostly strays and rescues. They were her children, and she had multiple pet dogs throughout her lifetime, until retiring to pursue travel. After retirement, Lynne and Larry enjoyed traveling to resort destinations and taking cruises. Their favorite trips were Maui, Puerto Vallarta, and an Alaskan cruise. Activities included whale watching, visiting zoos, dining on local fare, browsing local markets, collecting mementos, taking romantic walks along the beach and, of course, singing karaoke. When not on vacation, Lynne enjoyed attending local fairs and festivals. She could tell you all about them! She loved people-watching and occasionally indulging in festival food, especially fried cheese. Lynne took great pride in the fact that over seven years ago, after living most of her life eating the standard American diet, she changed her lifestyle and learned better nutrition habits. This enabled her to lose excess weight and to maintain that weight loss for the rest of her life.