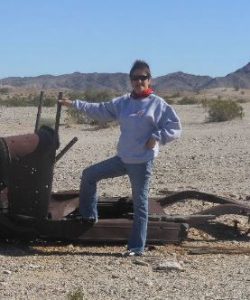 Mary Ann (Cole) Winker lost her battle with cancer on Nov. 20, 2015 after a courageous, and private two year struggle. She was born to Scivola Mae Singleton and Fred Lloyd Cole on January 6, 1946 at Lewiston, Idaho.The family moved to Grangeville where she attended junior and senior high school. She was active in Job’s Daughters and numerous school activities. In 1962 she married Don Johnson and they had two children, Shawn and Stacey. Mary Ann spent a good deal of her working years as a bookkeeper for various employers in Idaho. She enjoyed Nascar racing, watching football and always had a soft spot in her heart for animals, especially horses and dogs.After a divorce from Don, she also lived in Alaska for some time before returning to Lewiston. She later married Robert Winker, Feb. 14th, 2008 at Lewiston. Shortly after their marriage the couple began a full time RV lifestyle spending winter months in Arizona and summers traveling the western states. She collected many friends along the way and they later became residents of Quartzsite, Arizona so they might be handy to off-road adventures with their RZR side-by-side.

Mary Ann was preceded in death by her parents and her only sibling, Vivian Cole Knivila. In addition to her husband Bob, Mary Ann is survived by son Shawn Johnson and family of Lenore, Idaho and daughter Stacey (Johnson) Cook and family of Athol, Idaho together with 6 grandchildren, 1 great grandchild, 4 step- children and many step-grandchildren as well as numerous nieces and nephews.