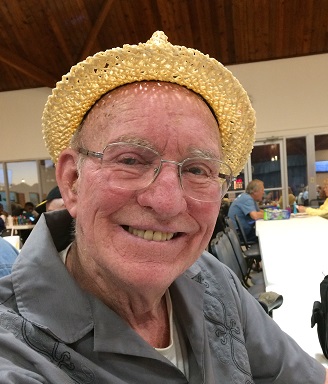 Mel was one of the most friendly men you would ever meet. As his wife, and definitely his best friend, I was amazed at the ability he had to bring people he had just met into his life. I would often tease him when I would find him talking to someone new, "Are you making friends AGAIN!!" If he met you I am sure you would have been one of those friends! Mel was a lifelong fisherman, even tournament fishing for many years. He would get up at the wee hours of the morning, hook up his boat, pick up his best man friend, Paul, and they'd head out to an Indiana lake to try to reel in the biggest bass they could find. Cold weather couldn't stop him, either. He had fished in weather so cold that his reel froze! He also told me a harrowing story of fishing on the Ohio River during a windy rainstorm. The boat was tossed around so badly that it almost capsized! Even so, he would have done it again in a heartbeat. Mel carried mail for about 35 years in Indianapolis. His patrons thought so much of him that they would have drinks ready for him when he passed by. That was during the days when mailmen could stop and talk a while, so he could be found changing a lightbulb for a widow or any other small thing he could do to help out. Many looked forward to Christmas time when they could show their appreciation, and he was appreciated well! Mel loved his family! He so looked forward to hearing from kids, Greg and Debbie in these later years. His grandchildren were always excited to see their Papaw and would run up to greet him when they were small. I found myself observing in awe how wonderful it must be to be a part of such a loving family. Mel also loved the Lord, who changed his life completely. When we met, we were both smoking, drinking, and foul-mouthed people, but in 1999 we surrendered our life to the Lord. Mel's natural kindness grew even more kind and giving. He spent many hours helping build a little church building in Vandalia, Indiana. He surprised my mother with a very nice wooden deck for the home that we shared. He was always willing to help anywhere he could. I was amazed that he seemed to never tire when doing the chores needed for the house and yard. I remember when he spent many hours a day in mid-90s humid Indiana weather axing out a huge tree stump in our yard when it was all I could do but bring him cold water and stand near him for 10 minutes! He would have made a great stand-in for the Duracell bunny! I am so grateful for the privilege of being Mel's wife for 31 years! I cannot explain adequately in words the love I had for him, or the love that I felt for him. I truly believe that God chose us for each other. I will have so many wonderful memories to gain strength from in the days ahead.