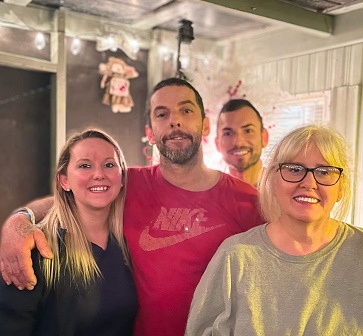 Michael was born in Chicago Illinois in 1977. He was the second child with beautiful black and curly hair. His older brother Bobby was born with red hair and the brotherly bond began with love and playmates. Michael started a relationship with a girl named Tracy and they had their first son Michael Jr who looks just like his daddy. As time passes he has another child and it's a girl who is named Katelyn. Both of his children are successful and love their daddy as well as each other. Michael became well versed in the Bible and had written many sermons and shared his love of the word with many. Michael was a family man and loved his mom in a way he could tell her anything with no judgment. He was a lover of animals and his last dog he named grouchy and grouchy loved him. We honor him and are thankful he was saved and turned his life over to Jesus before his homegoing. His homegoing was peaceful and he was surrounded by his entire family in Jacksonville FL including grandkids and cousins and his mom. Thank you Jesus for your favor over his life and we will meet again those who accept Jesus in their 💜