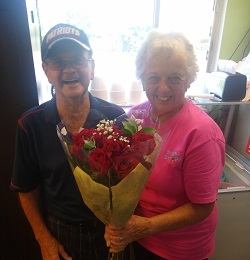 Monty Ray Null, 85 of Treasure Island, Florida passed away on June 17, 2022 surrounded by his loved ones. Monty was preceded in death by his Mother, Father, 9 of his Brothers and Sisters and 2 of his Daughters. He is survived by his wife of 46 years, his 3 Daughters, 2 Son-in-laws, 3 Grandchildren, his brother and sister-in law, his mother-in-law, his brother-in-law, as well as many nieces, nephews, and cousins. Monty will be missed by all of his family members and friends. Monty was a patriot and very proud to have served in the US Navy on the USS Spikefish. As per Monty’s wishes, there will be no services. Memorial donations can be made to: Suncoast Hospice Foundation, 5771 Roosevelt Blvd, Clearwater, FL 33760. The family thanks all of our friends and family for all of the love and support they’ve shown us during this difficult time.