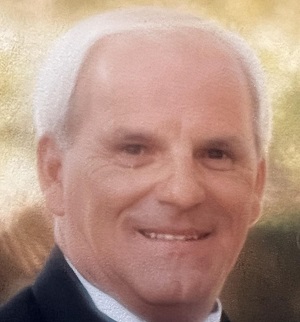 We celebrate the life of Neal Klein. Neal passed away peacefully at home with his family. He is survived by his wife Kathy, son Joe, daughters Michelle (Steve) and Melissa, step children Stephanie (Mike, and Steve. Eleven grandchildren: Alex, Nicole, Samantha, Steven, Makena, Jason, Nick ,Emily, Mason, Heath, and Jolene. Two great grandchildren, Kensleigh and Camden. He was preceded in death by his parents Ray and Irene, sister Louise, brothers Stan and Marvin. Neal made his name as Northern Arizona's largest homebuilder for many years before retiring. He also served on Yavapai Silent Witness Board of Directors for many years. Neal enjoyed traveling, working in his workshop making a variety of personalized gifts, furniture, and games. He was always handy and could fix absolutely anything....MacGyver had nothing on him! Neal enjoyed a joke or two (or the same joke or two). He especially cherished his time at Lake Mead where he would enjoy skiing, tubing, and spending time with family and friends. Along with Neal's sense of humor, he was also known for his compassion, generosity, kind heart, and helping others. He was a good man who embodied old fashion values like character and integrity. It was no surprise Neal's final giving deed was donating his body to science in hopes of helping others. Neal, we miss you dearly and will love you forever! ~ Your loving family