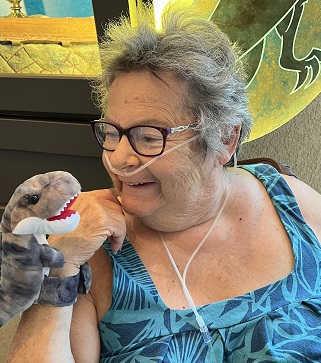 Patricia Renda was surrounded by her family when she went home to be with the Lord, after a courageous battle with Cancer and COPD. She was born in New York City, raised in New Hampshire, and although she returned to New York for a short time, has spent the last 46 years in Beaver County, PA. She loved God and her family with all her heart and adored all of God's creations. She spent a life in service to others, including being a Volunteer Firefighter for Independence Twp., helping at the local Humane Society, and food banks among many other things. She was known by most as Grandma Pat and is survived by her 6 children which include her 2 grandsons she helped raise, Michael and Zachary, and biological children, Christine, Catherine, Joseph, & William. Many others considered her a mother/ grandmother figure, including her children's spouses, Dwayne, Antoinette, and Diane which warmed her heart. She is also survived by her grandchildren Ashlei, Samantha, Johnathan, Joseph, Christopher & Gessica, and great-grandchildren Wyatt, Hunter, Paisley, & Kayden as well as her furry, feathered, and scaly critters. She will be missed by many and has and will forever be loved by all, until we meet again.