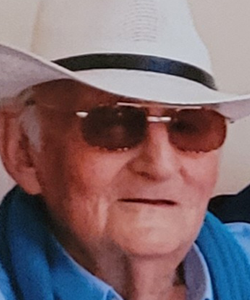 On March 5, Phil Kolodner, Jr. of Boca Raton at 93.  He is survived by his children Arnie (Jay Son) Kolodner, Cindy Kolodner and sister Shirley (late Paul) Sachs. He was predeceased by his parents Phil F. Sr. and Rose Kolodner.  Phil grew up in Baltimore and became a Bar Mitzvah at Bnai Jacob Shaarei Zion under the tutelage of Rabbi Taback. Among his lifelong possessions is an original invitation to his Bar Mitzvah.  He then attended Charlotte Hall Military Academy where he excelled in varsity football every season.  His yearbook highlighted "Private Kolodner's wonderful sense of humor, which he quite often displayed to the satisfaction of the cadets."  After graduation, he sold raincoats for Park Circle Clothes in Baltimore and traveled the country with his father learning the clothing business.  Fulfilling his civic duties in 1952, he earned the degree of Master Mason from the Freemasons of Maryland. Throughout the 60's and 70's, he was a member of  Baltimore Hebrew Congregation where his children became a Bar & Bat Mitzvah.  During this time, he owned the largest men's clothing store in Baltimore, Phil Kolodner Jr. men's clothing, in Pikesville.  On every hanger, it read, "Mmmmm....that Kolodner image, you'll look better and feel better."  Later in life, Phil retired to West Palm Beach, Florida. His mind was always sharp, he loved to read, but eventually for physical reasons he moved to Regents Park Nursing Home in Boca Raton.  He became the self-appointed "Rabbi" leading Friday night services for all the residents for years.  One quality that always stood out was his charm.  A good friend described it this way, “Phil was a one of a kind character, and a great merchant ... if he liked you, you were definitely a lucky person!" Contributions may be sent to Baltimore Hebrew Congregation, Attn: Contributions, 7401 Park Heights Avenue, Baltimore, MD 21208.