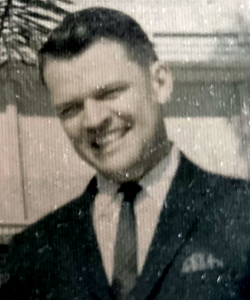 Robert H. Wichmann, age 86, of Thousand Oaks, Ca, an extraordinary, kind, smart and amazing man, was welcomed into God's eternal kingdom on January 9, 2022. Bob was born in New Jersey on August 28, 1935, to the late Henry and Florence (Gauggel) Wichmann. He graduated from Sewanhaka High School in 1953.  He graduated from RPI in 1957 with multiple degrees in engineering in Troy NY.  He proudly served his country in the US Navy during the Korean War.  He was so in love that he married Emiko Nomura from Niigata Japan some time in the 1960s two times.  Bob worked as a Senior Systems Engineer at Hughes Aircraft Co for 21 years until his retirement in 1990. He was a dedicated and loving husband and father. Bob was a loyal and committed member of St. Patricks Episcopal Church in Thousand Oaks. His strong faith in God led him to be a man committed to prayer for all. Bob enjoyed computers, reading and going to LA Kings games during his retirement with his daughter Katherine Wichmann Zacharias and her husband Roger Zacharias.