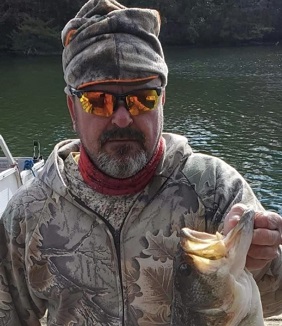 On the evening of January 10, 2023, Robert Austin Shifflett passed away at Smith Mountain Lake, due to pre-existing heart conditions. He worked alongside his father Marvin Shifflett as a young man and then served in the United States Army. Robert worked in many factories in the Augusta County area and was always known to be a hard worker. Robert was also a passionate fisherman who spent many hours on the lake with friends. He was 52 years old. If Heaven has a lake to fish in, I know you're already reeling them in. I can’t wait to sit on Heaven's river banks with you dad. 🎣