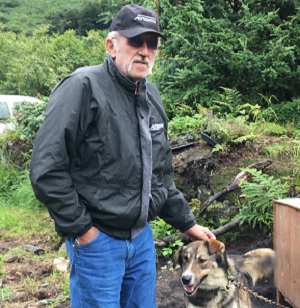 Roger Dean Denning passed away on November 8th, 2022 at the age of 78 in LaBelle, Florida, where he resided since 1975. He was born on November 13th, 1943 in Jonesville, Michigan to the late Barbara Jean Pierce Denning and Robert LaDoyt Denning, who were both longtime residents of Jonesville, Michigan and LaBelle, Florida. Roger was born and raised in Jonesville, Michigan, where he graduated from Jonesville High School in the class of 1961. It was during this time that he would begin dating a certain high school sweetheart, who would go on to be his wife of 59 years, Sherri G. Crapo Denning. After high school, Roger attended Michigan State University, where he received a Bachelor of Science in Criminal Justice. With his degree, he was able to join the United States Navy in 1966, which was a longtime dream of his. Roger served for 9 years, during which he was a flight instructor during the Vietnam War; teaching formation flying in A-3s, A-4s, and A-7s; as well as performing carrier landings. After leaving the Navy to remain close to his young family, Roger continued to pursue his passion for aviation. He ferried aircrafts across the globe, including his favorite location of Australia, and flew corporate flights for Barry Manilow, Skyline Aviation, LaBelle Plant World, and a number of other corporations. He was a longtime Learjet pilot for Jet South Air Ambulance out of Fort Myers, Florida, and Springfield, Illinois. After retiring from aviation, he became the proprietor of LaBelle Lumber & Cabinet for several years. He also owned and operated the LaBelle Trading Post and the LaBelle Frame Shop. Following these business ventures, Roger became the controller of Southern Land Real Estate in 2005, which would go on to merge into what is now known as Southern Heritage Real Estate & Investments. He performed duties there, running the business alongside his wife, until his passing. Roger was the jack of all trades, and truly a master of most. He built the home that his children grew up in on the Caloosahatchee River himself. He repaired and refinished countless antiques, both for personal use and for selling at the LaBelle Trading Post. This knack for restoration would take root in him being an avid collector. This passion first found a home in boats, with his prized possession being a 25’ Cape Dory sailboat. Later, he’d take to motorcycles. His collection, most of which being vintage frames he fully restored, would grow to over 25 bikes, primarily made up of Ducatis and BMWs.