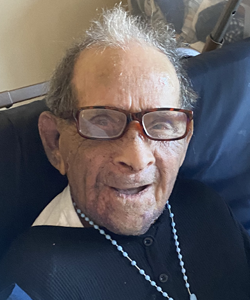 My dad was well liked and sweet. He was a character with ladies . We are both from New Orleans Louisiana and he loved it there. Him and mom were married, she passed on March 2, 1970 at the age of 26 . Me and my brother was young. I was 3 my brother was 5 years olld. My brother later passed away in 1992 . I stood by my dads side as he took his last breath. We both are catholic and was redeemed of our sins a week of his passing. He will be truly missed by family and friends. I love you dad. Your only daughter.

Amber his only granddaughter, his sister’s Gloria, Mickey Sidney, Livingston and other brothers and sisters. His sister in law Monica Guidry which was my mothers sister. She was our guardian.