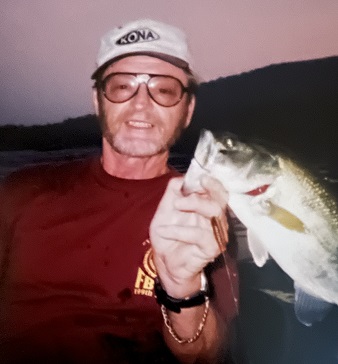 Roger was the 2nd oldest of 8 children, he started to work at the age of 13 which he was very proud of as his family struggled. He is the father of 5 children and 7 grandchildren and 3 great-grandchildren. Roger was a jack-of-all-trades guy, he worked on his own vehicles whether it was rebuilding a camper inside to outside, or rebuilding and doing the bodywork on his own cars, he was very proud of his barracuda and enjoyed it during the summer months as in the winter it was off the road. He rebuilt and remodeled his own homes and always kept them up. He did all of this while working a full-time job working as a corrugated box maker. He loved to fish, most of his fishing was done in the streams and ponds in NY and then when he relocated to Fl he fished out of the river but mostly love to fish bass out of the lake. His aunts taught him how to yodel and put the wave in his hair. He always had a comb in his pocket to make sure that his hair always looked his best. He deer hunted most of his life as he enjoyed the meat and when he relocated to Fl he would always make his way back every season and hunt with his son and brothers Roger loved his family. He prided himself on his yards as they were always groomed to his liking. He loved his family and spent as much time with them as he could.