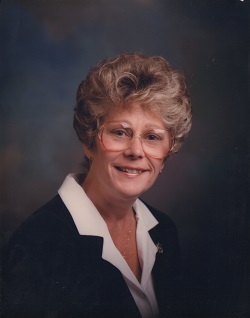 Ronnie was born August 29th, 1940 to Nicholas and Marie DeMuth in Staten Island, New York. She was 3rd of six kids (2 boys & 4 girls). A high school cheerleader, she graduated from Port Richmond High School in 1958. After high school, she worked as a secretary at the International Nickel Company in New York City until she married Anthony C. Chirichella and started a family. In 1969, their daughter, Robin was born followed by son, Joseph in 1973. After their divorce in the early 80s, Ronnie and her children moved to California to start a new life. She worked at the Claremont Police Department as the Administrative Assistant to the Chief of Police until her retirement in 2001. After her retirement, she went to live with her sister, Judy, in New Jersey. In 2004, she moved to Alaska to help care for her grandchildren (daughter's children) while their parents served in the military. In 2005, she followed her daughter's family when they were relocated to Texas. In 2009, she moved to Idaho to live with her sister, Chicks, and relocated with her to Lake Havasu, Arizona in 2010. In October of 2021, she moved back to Texas for the last 6 months of her life. Ronnie was a caring and attentive mom. She was a homemaker and stay-at-home mom for her children's early years. Eventually, she re-entered the work force as her kids got older and she had to pay the bills by herself. She watched her children get married and start families of their own. She loved and enjoyed her 5 grandchildren and was their biggest supporter in all that they did and accomplished. She loved to gamble! Bingo was her #1 past time but a trip to the casino would do just fine. She busied herself with puzzles, diamond paintings, poker on her iPad and Words with Friends. Ronnie had COPD and had hospice at home care in Lake Havasu that was transferred to Texas when she moved. She definitely had her mind until the very end. She kept track of her medication, paid her own bills and was preparing for her passing. She made the decision to donate her body to science and was proud to give what she could so that others might learn. Ronnie passed away on April 20th, 2022.