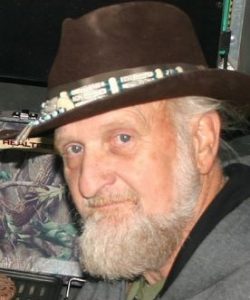 My Stan was a wonderful and exceptional man. He was my friend, sweetheart, partner, and soul mate. He was gifted, a brilliant man that could do anything he set his mind to. He built homes, made beautiful furniture and was an Adirondack Artisan. He worked 29 1/2 years as a correctional officer in NY. After retirement we moved to Arizona where we became volunteers for the BLM. Stan received the National Volunteer award in 2014 for his exemplary dedication to caring for people, the land and for his abilities. Stan was also a loving, caring man that would do anything for you. He had a big heart and helped many homeless, many vets that were lost and needed someone to care, and a few old geezers that just needed a friend to talk to. He would do welfare checks on them all and bring them water, ice and food if needed. I had no idea how many people knew and cared for him until after his passing. Hundreds came and told me how much he was missed and told me the things he had done for them. After two years of fighting cancer he passed away quietly here at home. His last wish was to donate his body, hoping that they could find out more about the four types of cancer that had ravaged his body. He prayed that it might make a difference to help someone else.Stan was loved by so many and I miss him every day. He was my superman.