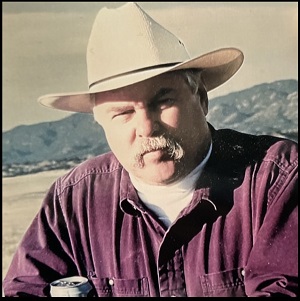 Stephen (Steve) Bradley Krumtinger, 73, of Phoenix, AZ, passed away on November 13th, 2022, while in the care of Loving Touch Assisted Living, after multiple years long battle with Lewy Body Dementia. Steve was born on June 9th 1949, to Bette and Robert Krumtinger in Kewanee, Illinois. After Steve graduated from Kewanee High School in 1967, he went on to study history and wrestle for Bemidji State University in Minnesota. Steve would later start a lifelong career in Plumbing and Pipefitting while also pursuing his passion officiating high school and collegiate wrestling. In 2015 Steve was inducted into the Arizona Chapter of the National Wrestling Hall of Fame. On September 4th 1993, Steve married the love of his life, Leslie Irene Butler, in Phoenix, Arizona. Sadly, Steve lost Leslie to cancer on November 8th 2022, just days before his own passing. Leslie and Steve spent 29 wonderful years together enjoying travel, hot air ballooning and attending as many wrestling tournaments as they could. Steve follows his parents Robert and Bette, and sister-in-law Patricia Butler into the afterlife.