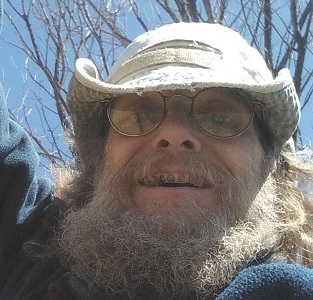 Tom was a victim of Camp Lejeune. He was only 20 years old when he began to fight his first battle with cancer. Part of his left femur was removed and a rod was put in his leg. He battled Osteomyelitis for 30 years after having the rod removed due to having been broken when he was hit by a car. At age 52 he finally won his battle when he had a custom hip and femur replacement. At the age of 54 Tom was diagnosed with Stage 4 Liver Cancer and began fighting for his life once more. He ultimately lost the fight just one year later at the young age of 55. Tom donated his body to Science Care in hopes of raising awareness of the effects the water contamination at Camp Lejeune has on the victims and aiding medical professionals in finding more effective treatment for these cancers in the future. Tom loved nature and the outdoors. He enjoyed camping as well as fishing and hiking, especially in the mountains in Colorado, where he was a resident of Pueblo. He also enjoyed cooking and even more so on an open fire and putting out a spread for his friends on the holidays and any day. He enjoyed working with wood both at home and at work where he was a Sawyer. He enjoyed carving various things from wood and other natural resources. Tom's zest for life aided him in his battle and kept him going strong even with over 150 tumors throughout his body and affecting multiple organs. Tom was preceded in death by his parents Roland White and LoEtta Fake and sister Katherine Hiller. Tom is survived by two sisters Alice Schafrath and Theresa (Reenee) Hayes, numerous nieces and nephews, best friend David Morris, and his work family at Pueblo Truss Company.